Moses Cordovero's Meditations for the Ten Days of Repentance 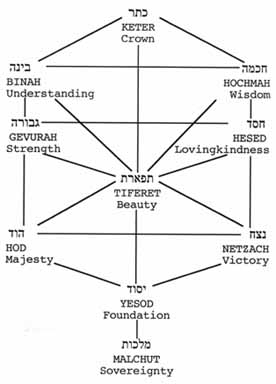 It is necessary, during the ten days that constitute the days of repentance, to focus one's thoughts, repair one's deeds and cleanse one's actions before one's Creator and to return in penitence to God, for the general and for the particular, before the tenth day arrives. And in order that all these ten days be days of repentance, unite [each of] them with the 'root' that is appropriate to it. [To achieve this one must] isolate oneself for set periods each day and each night during these ten days, so that they should all be devoted to repentance, which is the root of all [these] days. And one should not sin on them, so as not to damage the essence of the days themselves--God forbid.

It is known that these days are gates to repentance, [corresponding to] the ten sefirot that are in Binah ('Understanding'), when a person may enter one sefirah each day. There are ten days [and] ten sefirot, and every day one should focus on entering one sefirah, and with it, open one of the supernal gates of repentance.

[Of course,] those who return throughout year and throughout their days in repentance will surely have the gates of repentance opened for them. Nevertheless, these days are really days of repentance, [repentance] that is open [and available].

Therefore, when one is isolated each day, one should concentrate on the sefirah that is part of that repentance that is open [and available], and ascend day by day to Repentance [= Binah], through its gradations, [moving] from below to above [as follows]:

Day 10, Yom Kippur itself, when Binah is attached to Keter and Hochmah, and from there [to] Malchut [where] the transgressions of Israel [enter] into the final point, mystically [described] as the whiteness that makes white. [White is the colour of Mercy, depicted here as flowing from Keter. The meaning is: Repentance, when raised to the level of Hochmah & Keter, stimulates the flow of Mercy from Keter down to Malchut.]


Chart based on the text above, with my own interpretations of the sefirot. (ForCordovero's interpretations, see his Tomer Devorah. References to translations appear below.)

Rosh Hashanah is not only the New Year in its own right, of course, but also the first of the Ten Days of Repentance, culminating in Yom Kippur, the Day of Atonement. From ancient times, these days were meant to be a time of deep personal reflection on our moral and spiritual achievements and failures, and I would like to share with you some thoughts on one approach to this reflection, among the many that Judaism has to offer.

Rabbi Moses Cordovero was one of the greatest Kabbalists of all times. He lived in Safed, in the Galilee region of Israel in the 16th century, and you can still visit his tomb there. He was the author of a number of seminal works of Jewish spirituality and had enormous influence on later generations of Jewish mystics, including the modern Hasidim.

One of his works is a commentary on the Yom Kippur service, and it is from this book that the text above comes. To summarize it, Cordovero here offers us a scheme for meditation during these ten days of repentance. The scheme is based on the system of the Ten Sefirot, the Ten Emanations, which are basic to kabbalistic thought.

The Ten Sefirot, may be thought of as energies or the receptacles for energies that originate in God. Thus, they may be seen as aspects of God's personality, as it were, or as a chain of being between the unknowable God and this world. Now, it is usual to present them in these ways, but there is another way to think about them, a way which does not require you to believe that the sefirot are part of the basic building blocks of the universe.

For many kabbalists, the Sefirot are also to be found within us, on the principle, going back to Genesis, that human beings are made in God's image. So, for example, in his little book Tomer Devorah, the Palm Tree of Deborah, Cordovero urges his readers to perfect those moral and spiritual aspects of themselves which are represented by the Sefirot. But if you want to see what Cordovero would suggest for our meditation during these Ten Days of Repentance, you will have to read the Palm Tree of Deborah, which you may like to know has been translated into English on at least 3 occasions that I know of. Details are also given above.

But here are my suggested meditations for each of these ten days, based on kabbalistic tradition, but with, I hope you will agree, a modern slant that offers a new way of analysing and understanding ourselves. In traditional literature, the sefirot are discussed and explored through a series of interrelated images and symbols. I will be concentrating on those symbols that relate to the human body, mind and spirit, and adding one or two of my own, but I have greatly oversimplified the system in order to make it more manageable for you.

It is also important to realise what Cordovero means when he speaks of 'the Ten Sefirot that are in Binah'. Each sefirah is said to contain the other ten, and each of those ten the other ten, and so on, ad infinitum. Fortunately, even the most advanced kabbalist usually only deals with three of these levels, and Cordovero here only deals with two. But what he is saying in effect is that the Ten Sefirot that he suggests we meditate on during the Ten Days of Repentance should be thought of as within Binah, because Binah, literally, Understanding, is also known as Teshuvah, Repentance. Indeed, Understanding is an important prerequisite for Repentance. So, each of the aspects of ourselves that we are being asked to consider during these days has to viewed in the light of repentance. The thoughts that come to us as we meditate on these ten aspects of ourselves have to be channelled through, and shaped by, our desire to repent, to cleanse ourselves and become better people.

So, let me share some thoughts on these sefirot with you:

Day 1 is, of course, the first day of Rosh Hashanah. The meditation for today is concerned with Malchut, the lowest of the sefirot, the one that acts as a bridge between the world of the sefirot and the created universe. It therefore receives energies from the sefirot above and transmits those energies on to the world below, and indeed, vice versa.
Malchut is our external personality. What sins have we committed in our outward behaviour? Malchut represents receptivity. Have we been too accepting of some things and not accepting enough of others? Malchut represents giving as well. Have we been generous enough in our dealings with others, or not forthcoming enough?

Day 2 is the traditional second day of Rosh Hashanah, corresponding to Yesod. Yesod represents our sexuality. Have we used our sexuality as a weapon or for selfish ends? Or have we used it in a controlled manner consonant with love and companionship, as well as creativity?

Day 3 is traditionally known as the Fast of Gedaliah. Hod, the sefirah for Day 3, corresponds to the left leg. If you are right-handed, as most people are, then you are probably right-legged, as it were, as well. That is, you probably lead with your right leg, and the left leg follows. In that case, have we followed others blindly when we should have protested or led in another direction? Or have we failed to follow our conscience when we should have?

Day 4 corresponds to Netzach, the right leg. Have we always led ourselves and others along the proper paths? Have we taken the lead when we should have, or relinquished it gracefully when our time had passed?

Day 5 corresponds to Tif'eret, Beauty. Perhaps we have judged others on their external beauty or lack of it, instead of looking for the true beauty that lies beneath. Tif'eret is also about balance, particularly the balance between love and strength. Have we led balanced life, or have we been habitually inclined to be too loving, giving and forgiving, or too repressed, ungenerous or unforgiving?

Day 7 is connected with Hesed, Lovingkindness. Have we shown our loving side enough in our dealings with others? Or have we been too much involved with our Gevurah to demonstrate our Hesed?

Day 8 corresponds to the sefirah of Binah, Understanding, which itself represents Teshuvah, repentance. Is our repentance sincere? Do we really understand what we have done, and how to avoid doing it again?

Erev Yom Kippur, is Day 9 and is represented by the sefirah of Hochmah, wisdom. This is our highest conscious self. Have we used our God-given wisdom and intelligence for the best, for the benefit of others, to seek out God and the right path? Have we always acted in accordance with our highest principles?

And finally Day 10 is Yom Kippur itself. Now, the tenth sefirah as one goes from the bottom to the top, is Keter, the Crown, but unlike the other nine, this sefirah, on the human level, represents something that is higher than our normal state of consciousness. Indeed, it is beyond our ability to comprehend. And therefore Cordovero does not ask us to meditate on it, because we could not. Instead, in somewhat cryptic language, he asks us to mentally raise the lessons of repentance that we learned throughout the previous nine days to Keter, to that highest level beyond what we think we are capable of. If we can do so, he promises us that we will be rewarded spiritually with an outpouring of mercy from on high, because Keter is the unalloyed mercy, mercy without judgment, the source of all true mercy.

And if we become the recipients of this mercy, we may become a true light to ourselves, and to others.

May God grant that we be worthy of this. Amen.