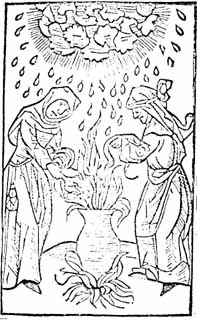 The root of piety (hasidut): How [is it to be practised]? When a person devotes his heart to qualities of piety, and it is difficult for him because everyone criticises him, embarrasses him, and says things to oppress him, and remind him of his earlier evil deeds, he should not abandon his piety on account of those who scoff, but should enter into good qualities little by little, day after day, gradually gathering a great many [such qualities]....

Sefer Hasidim, para.7 (Margoliot ed. pp. 56f.)
The yearning for women and children, for the jokes of friends, strolls, and innovations--all vain things--causes one to desist from [the study of] words of Torah. Therefore, Scripture says: 'with all your heart, with all your soul, and with all your might' regarding the love [of God] (Deuteronomy 6:5) and the service [of God] (Deuteronomy 11:13), that one may abandon those [yearnings] for the sake of the Holy, Blessed One, and that one may love the Holy, Blessed One. [And it also says,] 'In all your ways, know Him' (Proverbs 3:6) [i.e.] by loving the Holy, Blessed One. When the soul is full of love, that love is attached to joy, and that joy drives away from one's heart bodily pleasure and worldly enjoyment. And that joy is so strong, and overpowers his heart, so that even a young man who has not made love to his wife for many days and has a great desire, and when he does, his seed shoots out like an arrow, [yet] this [should be] as nothing compared to the mighty strength of the joy of the love of the Lord. And all the delight he takes in his children is as if they had not been compared to the delight of the heart of one who loves the Lord with all his heart. With all [his] thoughts [he is concerned with] how to do the will of the Creator, to vindicate the many, to perform the sanctification of the [divine] Name, and to give himself over to the love of the Creator....
Sefer Hasidim, para.300 (Margoliot ed. p.240.)
A woman was once suspected of being a streiya, and she was [actually] a demon. She appeared to a Jewish man as a cat and attacked that Jew. The next day she asked him to give her some of his bread and salt, and he wanted to give it to her. [But] an old man told him 'Do not be over-righteous' (Ecclesiates 7:16). In a situation in which one has an obligation to others [beyond the immediate circumstance], a person is not able to display piety, for if she lives, she will do harm to [other] human beings. Since the Holy Blessed One has allowed her to exist, the example for you [to learn from] is that of Amalek in regard to [King] Saul, who was punished for allowing him to live (cf. I Samuel 15).
Sefer Hasidim, para. 464 & 465 (Margoliot ed. p.318)


Hasidei Ashkenaz: 'Debate on the Glory of God'

King: Tell me what you think about the Creator--may God be blessed.

First Sage: What our first teacher said is true: there is a Creator who is not visible, and the things and images (DiMyonot) that the prophets saw are in [their] thoughts, for the Creator causes a thought to enter into their hearts, so that [God] is visible and is imagined (niDMeH) in a particular way, like an illusion. There is a barrier [placed] on humanity so that its eyes cannot see; hence [God] allowed this wondrous thing to be done by magicians, so that [people] should believe this thought. (131)

Second Sage: Truly, we know with our intelligence that there is a Creator, who has no end or measure, but the Glory (kavod) does have an end, and its attachment (devekut) is to the Creator. No creature has the power to see into the place of [that] attachment. Concerning this it says: 'You cannot see My Face' (Exodus 33:20)--which looks toward the Creator's essence. Therefore it does not say: 'A human cannot see My Face and live' but '[A human] cannot see Me [and live],' for the 'Face' looks toward the essence. (133-4)

However, [God] gave the prophets [permission] to see Him, and when they realised that He is the Glory, the greatest level, they fell on their faces, heard the words, and knew that the words [came] from before the Creator--may God be blessed--and not [from] another [being] nor [from] an angel. Thus [the divine] Name and the Face do not [look] towards the essence of the Creator, [but] towards the creatures. (135)

And when it appears (meDaMMeH) to the prophets like this, it is thus like the pupil of the eye and encompasses what it is like(?); and so in a place with windows [and] a shadow [or, a reflection] the shadow/reflection of everything the sun rises over, in water, milk or on a wall, everything is the same (DoMeH leDoMeH). Thus does the Face, and the Glory that [looks] towards [all] Creatures which is like that which [looks] towards the essence, appear to the prophets. Therefore, a person's heart turns upwards, like a person standing and speaking to a friend face to face. (136)

When a person's soul leaves the body, it bears evil corresponding to its sin. If [the person] was perfectly righteous, the soul ascends to the Throne of Glory and adheres to the Upper Throne, 'and may the soul of my lord be bound up (TZRuRah) in the bundle (biTZRoR) of life' (II Samuel 25:29). [The word] biTZRoR has the same numerical value as [the phrase] bakisse' hakodesh ('on the Holy Throne'). [Both equal 498.] And it is written 'God sits on His Holy Throne' (Psalm 47:9). (137)

Third Sage: Then the third sage said: Surely this is so, except that I differ regarding what you say about the Glory in relation to the Creator. This is not so; rather it [the Glory] is created, just as the angels were created, except that the Glory is much more wondrous and distinguished than all the angels. (137-8)

Said the third sage: the Glory is not able to adhere to the Creator. Every creature is created, and the Creator--may God be blessed--does not allow any creatures to see Him. So what the prophets saw was [something] created, a wondrous splendour. (140)

And the heart of the worshipper, with all the heart's substance, should consider the One who is supernal over all, but not consider nor imagine (yiDMeH) any sight in his heart. It is written: 'I will exalt You, O my God, O King' (Psalm 145:1); the Creator--may God be blessed--is above His blessing: 'His Glory is over the heavens' (Psalm 113:4), in order that the thought of the heart be [directed] upwards. Moreover, 'I will exalt You,' 'You are supreme over all gods' (Psalm 97:9). (140-141)

So what the prophets saw is [something] created, a wondrous thing, and what one says he saw, someone next to him would not see. For example, Elisha saw, but [his] servant did not see (cf. II Kings 5:15ff.).... Do not be surprised about this, for we also see that a person cannot look into a book until he bends his head and fixes his eyes on the book, and something that is not near to him seems merely like air to him. But '[God] made His wonders to be remembered' (Psalm 111:4); the one who is highest in [God's] memory sees and the one who asks hears. Yet do not be surprised at the voice that entered the ears of [God's] prophets, while those around them did not hear. When a person puts one end of a straw into the ear of a friend and speaks into the other end, [the friend] hears, but no one else hears. [Thus] one [person] may see visions, while another does not see. Thus some people see [visions] in thumbnails and in the 'archons of the cup', while another person does not. Thus do not be surprised about the prophets. (141)